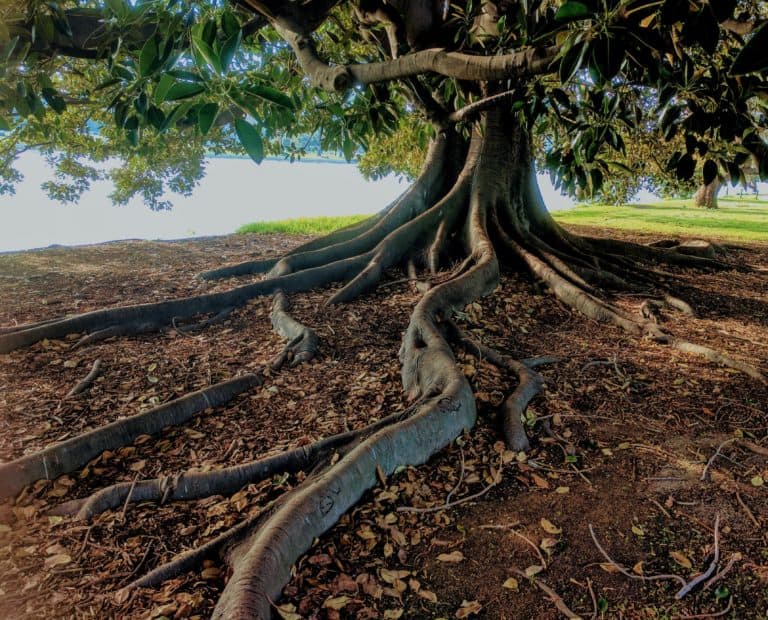 Trees are Smarter than you Think!

It's commonplace for trees to wrap their roots around sewer pipes and overtime crack the pipe and become your local plumbers' best friend. It’s almost like the roots are intentionally seeking out the pipe to ruin the homeowner's weekend! Well according to a scientist at Princeton University that is exactly what they are doing.  Call me crazy but I’m convinced it is intentional as well. Trees and plants are much more connected and sensitive than I could have ever imagined.

The Princeton ecologist Monica Gagliano conducted a test involving potted plants that had a pipe with running water along one side of the plant's pot. 80% of the plants grew roots directly towards the side of the pot where the pipe was running. Then, to go a step further she removed the pipe and replaced it with a speaker making the sound of running water. Guess what, the roots still grew right to the side with the emulated sound of the pipe.  The only explanation they have for this phenomenon is that much like the hairs in our ears catching the vibrations of noise, the fine root hairs of a tree are doing the same and responding by seeking out the water. Wild!

Let’s walk another block down crazy street and discuss the interconnectedness of trees in the same general area even if they are different species. This study always makes me think of the scene in the movie Avatar when the blue people connect to the giant tree that is connected to everything else. I told you guys this was crazy street. Suzanne Simard a professor of forest ecology at the University of British Columbia noticed that by cutting a birch tree the fir tree next to it dies. So, she conducted a test where she sealed off trees, injected them with radioactive gas and then checked for isotopes in trees around them. Sure enough, the isotopes traveled through the tree's root system to the others surrounding it. The average was a connectedness of 43 trees. The older the trees, the more connected. Nutrients are passed along through a network of fungus tubes that have a symbiotic relationship with the tree roots. These fungus are huge networks under the soil that stretch for miles connecting tree roots to each other. In fact, the world’s largest living organism is a fungus. You may be wondering what happened to all of those radioactive trees from the test… Not sure, but I think a couple of them were the ones that grabbed Dorthey in the wizard of oz.

While this info is entertaining and fascinating it also points out how sensitive plants are to their surroundings. Unfortunately, it’s very common for me to come take down a prize tree that was killed accidentally by site changes made by the homeowner without thought to the effect it could have on the tree's roots. Whenever you plan to work in the area of a tree especially a large one take precautions to not damage the roots.

I learned about these studies from two different podcasts put on by Radiolab. The first one is titled Smarty Plants and the other is From Tree to Shining Tree. I recommend listening to them, I paraphrased a lot and there is some fascinating stuff in them both.