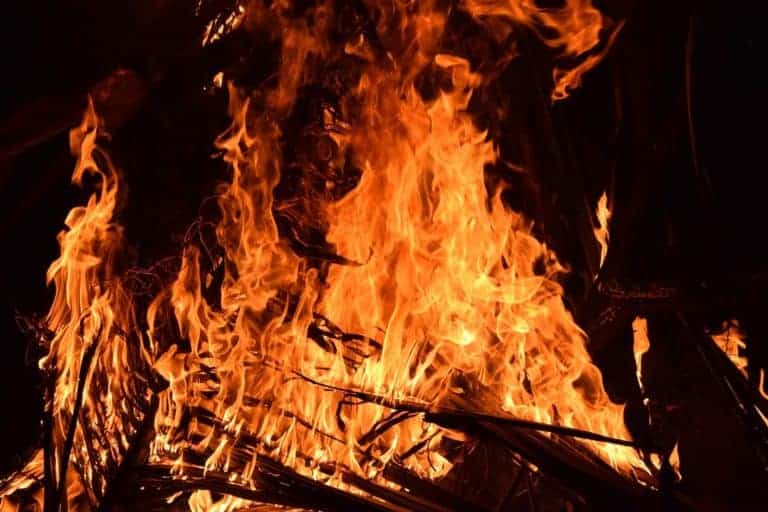 The Fixer Upper & the ‘Small’ Fire

Resource Tree & Land has been working on a fixer upper property in Jeff City that we purchased in early December with the plan of working on remodeling the inside of the house on the bad weather days of winter and cleaning up the completely over grown vegetation on the outside in our spare time. Just when I thought going from a Stihl chainsaw to a Wooster paint brush was humbling enough, I received a phone call from the Jeff City Fire Department!

“Is this Mr. uh uuuuuh Tyemon?” I laughed and said yes fully expecting it to be a telemarketer on the other end because my name is pronounced tee men.  The smile from my face disappeared when the caller followed with “this is Jefferson City Joint Communications – the fire department is at your property on Johnson St. putting out a brush fire, when can you get there?”  Already in route I said 10 minutes.  I had run home to get more diesel for the skid loader and left a small fire at the property in Jeff confident it was perfectly safe to leave unattended for an hour.

So, as I’m speeding down 63 budgeting the thousands of dollars in fines I am expecting, one of the neighbors to the property called me saying “hey man the fire department is over here putting out your fire!” This only ratcheted up the suspense. As I rounded the corner there it was, the fire truck in all its glory lights flashing and gushing water onto what I considered a harmless burn pile.  As I got out of my vehicle a distinguished looking fire fighter of what I figure to be 45 walked up and said, “are you uh uuugh Matt Tyeemon?” With no laugh this time I said yes. He said Sir we have a big problem. With even more anxiety I said I’m sorry sir what do I have to do to fix it? The moment I said that the expression on his face softened and he kindly explained the problem I had caused.

While it is perfectly fine to have a small yard waste fire within the city limits of Jeff City during the winter months you have to extinguish it at sunset. I missed the extinguish it at sunset part. The devil is certainly in the details and I learned the hard way on that one. I told him honestly that I planned to work on the house all night and feeding the fire throughout. He smiled and said he was glad he got called out there at 6 p.m. and not 3 a.m. Keep in mind it was 10 degrees last night while these guys had to come put out my mistake.

With kindness and understanding the official didn’t write me a ticket when the cost could have been substantial. He wasn’t there to make my life miserable or meet some fine writing quota, he was simply there to keep Jeff City safe and maintain some form of order. This man deals with life and death situations on the daily and is disrespected and given every excuse in the book.  Yet he still has the patience to kindly explain to me why they had to put out the fire and why I was in the wrong, and then listen to my side of the story and understand that my intent was good just my research was poor. That I felt was worth sharing.