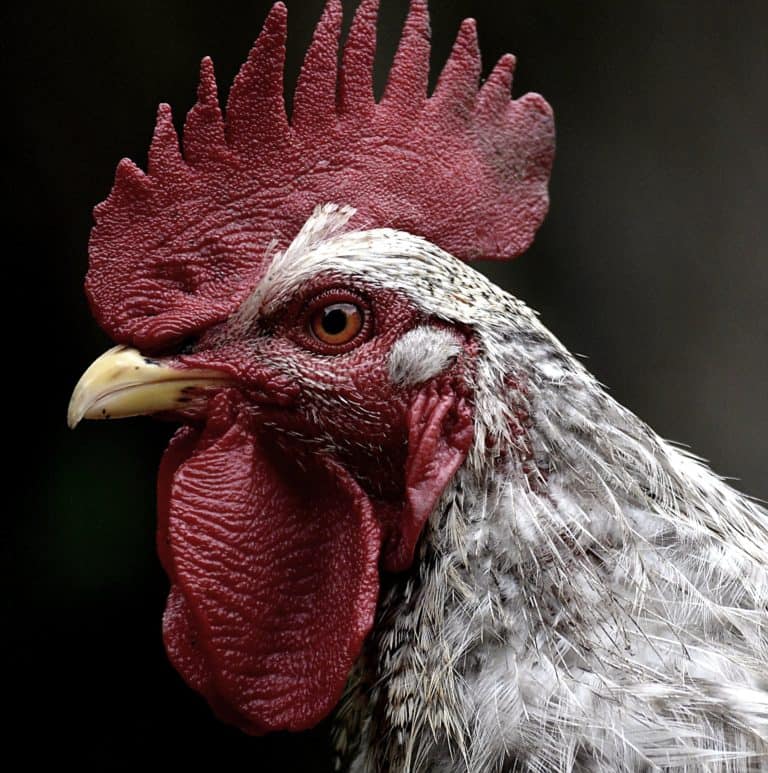 I met a chicken smarter than myself, and most people I know. He embodied the mentality and raw drive to fulfill the destiny he was born to reach, that most of us hide ourselves from. There was no confusion or procrastination, no distraction of comfort or pleasure, only the drive to be what he was born to be.

A friend/neighbor of mine hauled him home from a farmer’s market. I’m not sure what his breed was but boy was he pretty. He stood a little more erect than my friend’s other roosters and had a serious athletic look about him. If that rooster were a human I would imagine him as Bruce Lee. My buddy had him in a holding cage off away from his other chickens when I came over to see what he was up to.  He said check this crazy ass chicken out. I got ‘em because he looked cool but as soon as I turned him lose with my other birds he went straight for my rooster and went wild trying to fight him. I can’t get him to stop. He won’t eat won’t chase the hens he only wants to whoop that other rooster.

We looked into it, and apparently this rooster had bloodlines in him that trace back to old-time game fowl. These chickens were selectively bred to be aggressive toward other male chickens. It was in this bird’s blood to whoop that other rooster. Essentially this chicken was born to whoop his other rooster and there was no stopping him if he were let close. Anyone that has watched a rooster for more than a minute knows that they wander aimlessly pecking at the ground and occasionally they will chase a hen hoping for love. Not this one, he had one job to do that’s it.

Bruce Lee chicken we will call him, didn’t stop to peck in the lush grass or chase a hen when he was placed into my friends very nice chicken pen. He didn’t make a pros and cons list or consider what the other chickens might want him to do. The thought of the other rooster whooping him was never considered. Bruce Lee chicken knew who he was and let no distraction of ease and comfort stop him from carrying out his mission.

Most all of us have excuses for why we do what we do even if it isn’t what we were born to be doing.  The fear of failing and the consequences of that failure makes it seem logical to grab what is easy and comfortable, clinging to mediocrity, and leading a life of fake happiness and quiet desperation. Not Bruce Lee chicken, he brings the fight no matter what.