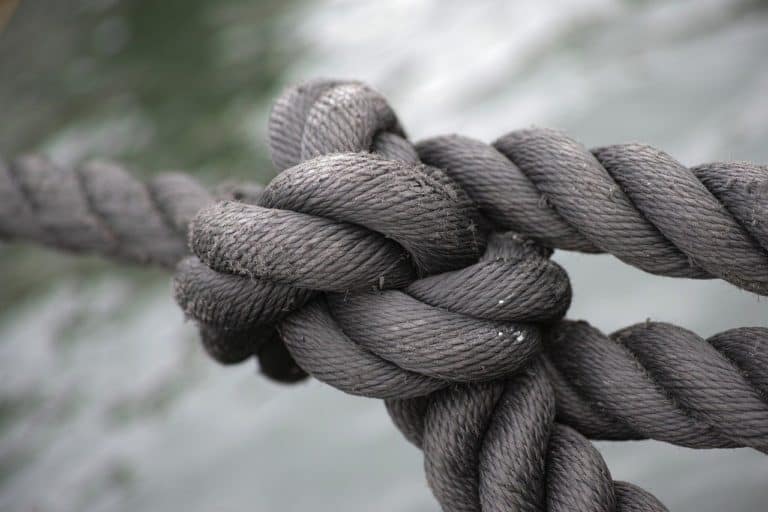 A Knot is a Knot Until it’s Not a Knot

A knot is a knot until it is not a knot and then it is a huge problem. The understanding of the proper use of ropes is at the top of the list when it comes to tree work.  A knot inappropriately tied can cause rope failure leading to damages as far as your imagination can take them. This is why knot tying is a key part of advancement within Resource Tree & Land. There are five fundamental knots that, when understood well, open up a world of options when it comes to tree work and rigging in general. I pride myself on being able to teach these knots on the simplest and fastest way to tie them. If you can tie them fast behind your back in practice, you can always tie them slow and correct in any situation.  A motto I repeat probably too often while teaching.

This week it was Chris’s deadline for showing proficiency in the fifth and most complicated knots of the five – the Bowline on the bight.  I love this knot and have a variation of tying it that has yet to be bested in years of tying and discussing knots with qualified peers. I’ll say it for you, I am a knot dork. I had shown Chris my way of tying it and he took it in but had not mastered it yet. This is a little more than bunny ears or lope swoop and pull. Monday rolled around and Chris beat me to it and said let me show you my bowline on a bight. With certainty he couldn’t produce it since he never mastered my guidelines I watched. He tied what I assumed to be an incomplete knot and with a grin handed it to me. I inspected it and had already starting my spiel on why it was wrong when I could find no fault. I had him show me his steps to tie it again and again, realizing that he had come up with a new, more efficient and easily taught process to tying the bowline on the bight.

Chris is left-handed, I teach all of my knot tying from a right-handed point of view making it hard for lefties to follow my steps exactly. Chris spent the weekend devising his own left-handed form of the bowline on the bight and while doing so created a better way to do it and teach it, a very valuable tool going forward for all new hires.

A few hours away from preconceived notions of what is the best way, and an unstoppable determination to master a task at hand and Chris came back with a product better than I asked him to produce. Chris taught himself how to tie a bowline on the bight and taught me something just as valuable. I don’t know why people would ever skin a cat, but just know if you do there are lots of options. Your way will sooner or later be bested.